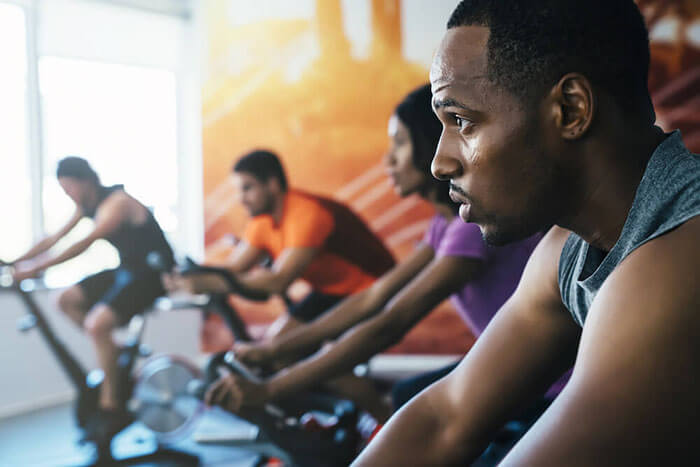 Can Regular Exercise Lead To A Healthier Diet?

If you want to eat healthier, new research from the University of Texas at Austin suggests that a good first step may be regular exercise. The two are often associated with each other as a kind of general "healthy things go together" correlation, but what's interesting about the Texas study is that it seems healthier eating habits develop as a direct result of increased physical fitness rather than just a general correlation.

The new study by University of Texas researchers was published in a January 2019 article of the International Journal of Obesity, and it studied 2680 young adults who were neither exercising regularly, or eating particularly healthy. What the study found was after several weeks of regular exercise, subjects were more likely to choose more health-conscious options, and had an observed decrease in preference for unhealthy options (including high-fat meals and sugary treats). The participants were not told to change their eating habits in any way.

The exact mechanisms of why these changes occurred was not included in the methodology of the study, but the paper does link decreased preference for salty or fatty foods with changes in dopamine regulation.

One of the papers co-authors, nutritionist Dr. Molly Bray, was very encouraged by the results of the study. "The process of becoming physically active can influence dietary behavior. (...) That combination is very powerful," Dr. Bray said in a statement, "For many of these young people, they are choosing what to eat and when to exercise for the first time in their lives."